Nature, art, cooking. Here is the best tour of the region’s delights 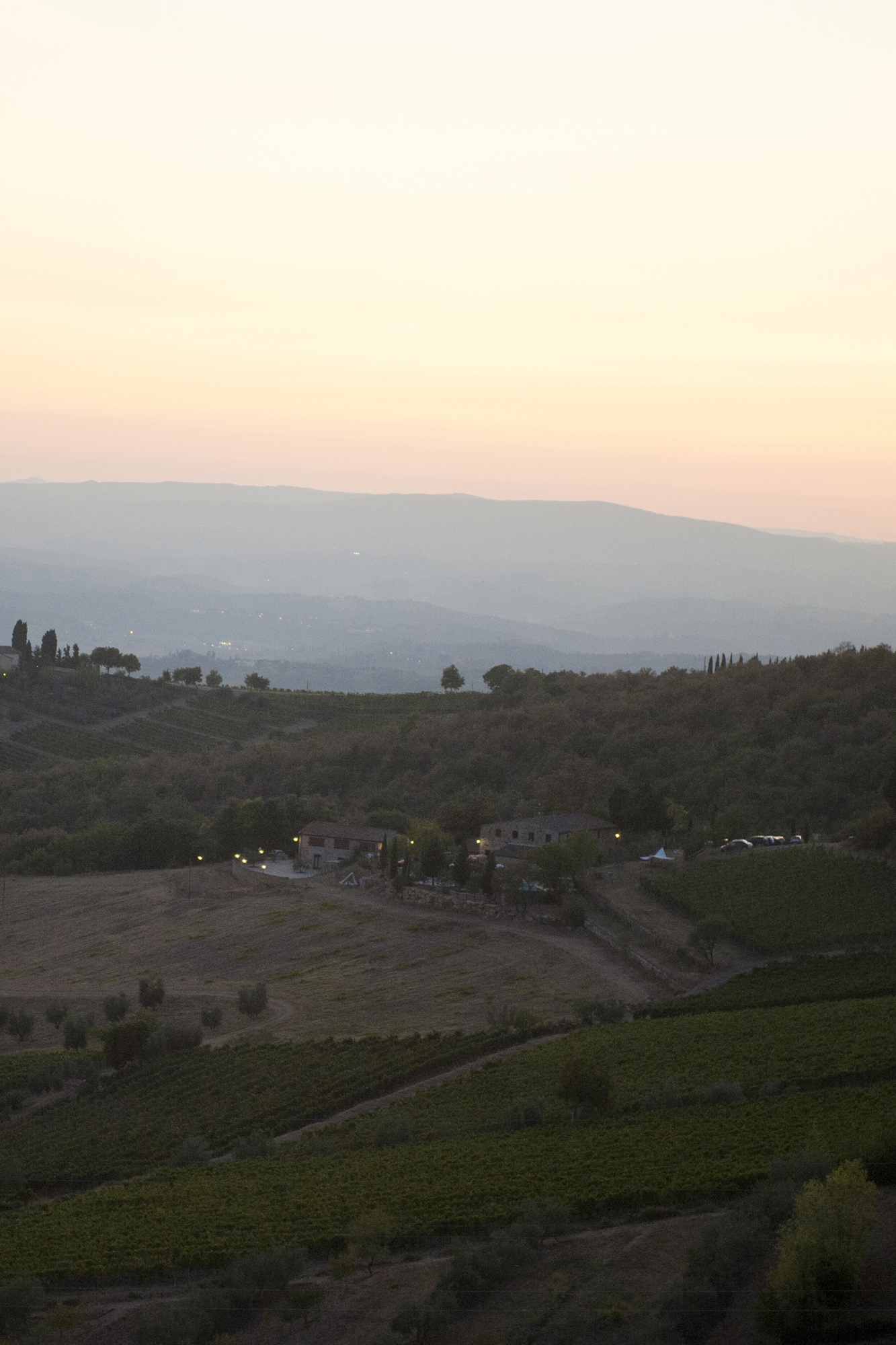 We are envied the world over for that piece of land nestled deep into the heart of Tuscany that the British have renamed Chiantishire. Chianti has been also greatly appreciated by many film directors who have used the area as a set for film productions, and even more by the artists who, passing through Tuscany, fell in love with it and settled in the peaceful Chianti countryside. Among the most famous of them are Matthew Spender (the author of Within Tuscany, the book that inspired Stealing Beauty, the cult film by Bertolucci which, more than any other, helped popularize the image of the classic Tuscan landscape), but also George d’Almeida and Maro Gorki, the daughter of Armenian painter Arshile Gorky. What is the magic about this place? Untouched landscapes, natural art gardens, a lifestyle and pace that seem suspended in time. A nearly surreal atmosphere, imbued with true Tuscan spirit, and the region’s best food and wine venues. And If it’s true that Chianti cannot be enjoyed over a glass of water (as a precious friend, who was born there and knows its every secret, told us), we are taking you on a tour featuring many- precious- tasty stops.

Greve in Chianti
The tours starts from here, in the homeland of the great navigator Giovanni da Verrazzano. If you’re lucky enough to spend a full weekend in the area, we suggest you come here on Saturday morning, when the town’s main square- Piazza Matteotti- houses the market. The square is enclosed by big open galleries filled with craft shops selling local products and where you can enjoy a good glass of wine. Where? At the Antica Macelleria Falorni, a true institution since 1729, which offers local cured pork meat cuts: from the Prosciutto Saporito di Greve, which comes in the Cinta Senese or Wild Boar versions, to Finocchiona, Salame Nobile di Greve in Chianti and Florentine-style T-bone steaks. Shortly ahead, along the same side of the square, the wine bar Mangiando Mangiando: established in 1997, it is already listed among Tuscany’s best osterias according to Slow Food guide. A friendly atmosphere, De Andrè songs playing in the background, the ideal place for a dish of peposo or tagliolini with cinta senese prosciutto. If you wish to learn more about the secrets behind winemaking tradition and culture, which here reaches its highest expression, visit the Wine Museum: opened a few years ago by the Falorni family, it is a wine-library showing age-old winemaking instruments and machines, restored to their original condition. Below the museum, Le Cantine di Greve in Chianti, the region’s biggest wine shop housed in the historic center’s undergrounds, which once represented the town’s winegrowers’ cooperatives.

Panzano in Chianti
Once back on the main street, proceed in the direction of Panzano and stop for lunch at the legendary butcher’s Dario Cecchini, another local institution. You have four options: the Antica Macelleria, where the owner, Dario, welcomes you with a broad smile and the typical Tuscan sense of humor and suggests the best meat cuts to choose from; Dario DOC, open for lunch (the house specialties are MAC Dario, a juicy hamburger served on a bed of salad, tomatoes and roast potatoes, and the so-called meat sushi and Chianti tuna); for dinner either Officina della Bistecca or Solociccia. Going towards the town’s center, just before the uphill road leading to the Church of Santa Maria Assunta, on the left you will see the trattoria Oltre Il Giardino: traditional Tuscan dishes and a breathtaking terrace covered with wisteria flowers and overlooking the hills and vineyards below. Buy a bottle of wine at the Accademia del Buon Gusto and stop for an afternoon snack at Il Vinaio, at the corner facing the church. A must-see, reachable by car, is the Church of San Leolino, dating back to the 8th century and remodeled in Romanesque style in the 12th century, which houses precious works of art such as the two tabernacles by Giovanni della Robbia.

Radda in Chianti
Next stop, southwards, is the medieval town of Radda in Chianti. Enjoy a walk through the historic center where the imposing fifteenth-century Palazzo del Podestà stands. Narrow streets lead to the town’s main square dominated by the Romanesque-style Church of San Niccolò. Worth a visit, not far from the town, are the Church of San Giusto in Salcio (3 km southwards) and the Church of Santa Maria Novella (3 km northwards). Stop for a snack at the Bottega di Giovannino and, if you are in a mood for shopping, you won’t be disappointed by Decori nel Tempo, a big store filled with handmade home objects, wall paintings, and bespoke clothing and accessories. Radda is home to the Chianti Classico Consortium, founded in 1924. On your way out of town, near Lucarelli, stop at Osteria Panzanelle.

Gaiole in Chianti
Along the road leading to Gaiole, Villa Vistarenni, an elegant sixteenth-century building, stands out in all its whiteness against the green background of the Chianti hills. The Strada dei Castelli (the Chianti Castle Route) starts in Gaiole. Among the most impressing castles are Cacchiano, Castello di Brolio, Meleto, Vertine, San Polo in Rosso and Castello di Ama which is well-known for its wine production and for the contemporary artwork it houses. Going back to the town, stop for a glass of wine in the town’s main square, at La Cantinetta del Chianti or Le Antiche Delizie del Chianti restaurant. Two of the area’s most popular restaurants are Badia a Coltibuono and La Fornace di Meleto.

Castellina in Chianti
The last stop of our tour is Castellina, a lovely town of Etruscan origin. What remains of the original town walls is the vaulted “tunnel”, called Via delle Volte, filled with craft shops and restaurants. Walking through the town’s center, in Via Ferruccio, you will notice Palazzo Banciardi, and Palazzo Squarcialupi which houses the Enoteca Antiquaria, precious archives guarding the secret of Chianti Classico wine’s original characteristics.
Where to stop for a bite to eat? At the Antica Trattoria La Torre, open since 1860 (same owners of the butcher’s shop in Via Ferruccio, ndr.) or at Enoteca Le Volte offering a wide selection of local wines at wholesale prices and, strange as it may be, ice-cream, which is prepared by the town’s oldest and best ice-cream shop, Antica Delizia. Just out of town, Osteria di Fonterutoli e La Leggenda dei Frati restaurant.

A dive of beauty through these addresses open to the public!