The Spa in Tuscany

Tuscany and its beneficial thermal springs 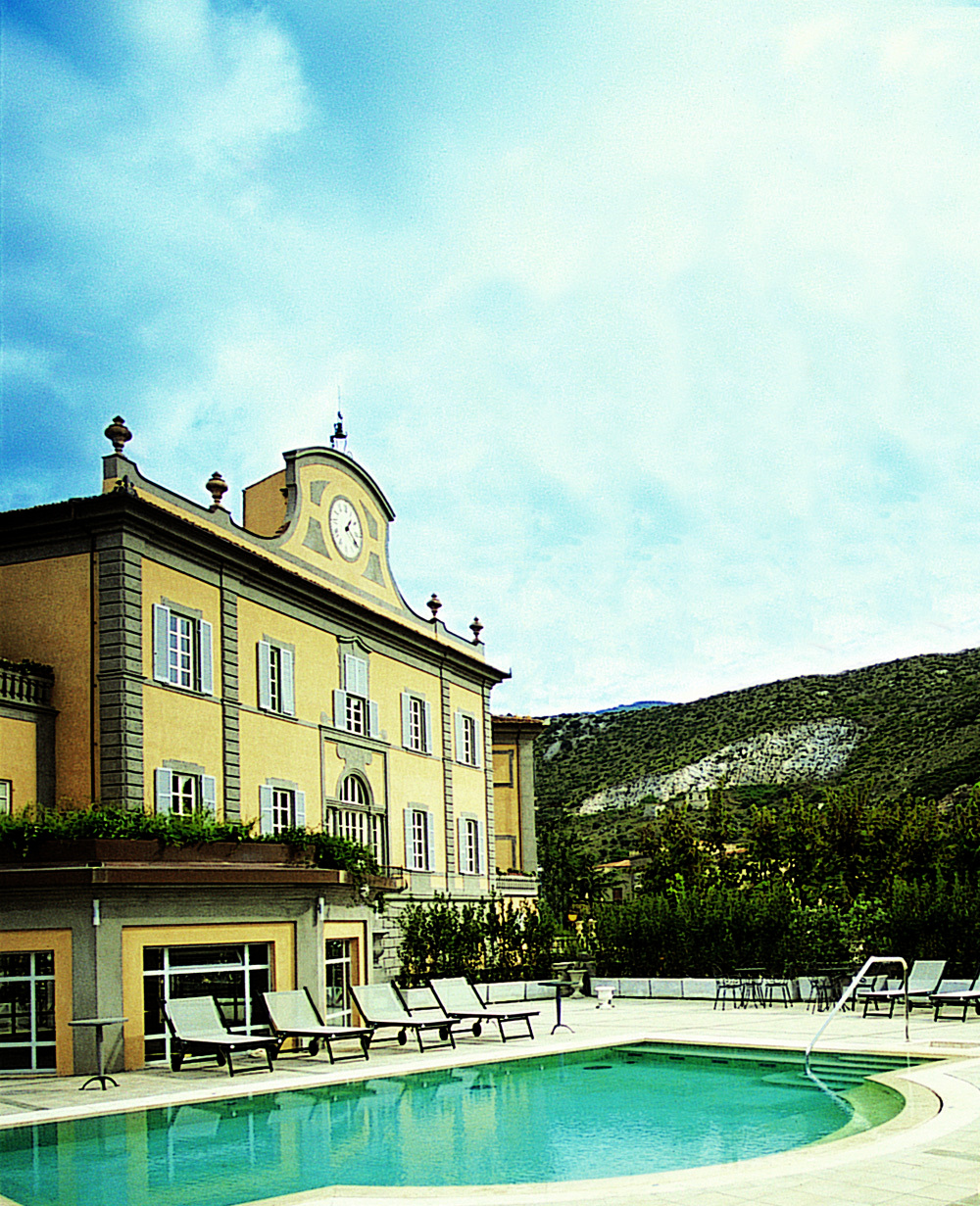 Cities of art, hillsides, woods, cultivated fields, ancient hamlets, countryside churches, Etruscan memories, the seaside, olive groves and cypresses: Tuscany, just like we imagine it. There's an extra gift, however, that many wouldn't expect: a life that passes not only on the surface but also underground, in animated and mysterious places from which emerge vapours and water. The region is rich with networks of small and large thermal springs. These are hot springs you can swim in even in the winter, in the fog of the colder months, fog that stays far from the baths. The region is rich in spas and resorts that conserve and maintain these treasure troves. Clients can go for therapeutic reasons, wellness, relaxation and enjoyment. You can make an excuse to take a moment to relax and visit nearby towns and attractions. Baths, massages, hydrotherapeudic treatments, pysiotherapeudic treatments, esthetics, saunas, Turkish baths, fitness gyms. All this with the pleasure of admiring the beautiful scenery. Listing all of the numerous spas would take too long. Let's limit ourselves to just a few of the most important ones, scattered from Siena to Pisa, and the environs of Florence to the Maremma. One of the most noteworthy thermal complexes is Fonteverde (00390578572200), located in San Casciano dei Bagni, in the heart of the Val d’Orcia, the most enchanting area of the Siena province. A stone's throw from Siena, San Casciano is a beautiful medieval hamlet. The complex features a five-star hotel and it is located around a Medicean portico, built in the 1607 by Grand Duke Ferdinando I. It boasts three restaurants: one for breakfast, one for lunch and a more elegant one for dinner. It has over 4,000 squared-metres of thermal waters, both hot and cold, and seven pools that overlook the enchanting countryside, characterized by olive groves, vineyards, cypress trees, the Siena Crete, Rocca di Radicofani, and Monte Amiata in the distance. For those who are interested, the complex offers a range of esthetic treatments and three medical esthetic clinics.

From Siena to Pisa. The ancient tradition of Grotta Giusti (0039057290771) in Monsummano Terme, is a long one. The villa and surrounding park belonged to the family of poet Giuseppe Giusti. It was a large farmhouse when, in 1850, in the presence of a builder that was digging in the cellar, a large pit emerged containing an immense grotto with stalagmites and stalactites and a large underground lake of hot water. It was a natural Turkish bath that was immediately considered a treatment for joint pain and respiratory problems. In the past, it has attracted famous people like Garibaldi and Verdi. Today, in addition to the grotto in the secular park, there is a large 800 squared-metre pool, a smaller pool, a hotel with frescoed rooms, antique furnishings, and marble baths with thermal waters. There is also a restaurant, a poolside coffee bar, a fully-equipped gym, a tennis court, a nearby golf course and the possibility of going trekking in the area. Always in the Pisa area is Bagni di Pisa (003905088501) in San Giuliano Terme, immersed in the enchanting hills between Pisa and Lucca, just minutes away from the Versilia.

Overlooking the countryside and the coast, it was the summer residence of the Grand Duke of Tuscany. Today, the hotel hides its TVs to not disturb the environment of the rooms, decorated with frescoes from the 18th century. The springs here were known in Etruscan and Roman times, and the complex now offers an array of services, two pools – one for thermal treatments and another for pure enjoyment - mud treatments, massages, esthetic treatments and anti-obesity diets. All three of these complexes are STB, thermal and wellness firms, which make a series of beauty creams, called Eteria.
Now let's go to the Maremma. In the province of Grosseto is Bagni di Petriolo (00390550577757104) in Civitella Paganico. Located in one of the most unspoilt areas in Tuscany, immersed in oak and chestnut woods, the thermal springs flow from the Farma torrent, which releases sulphuric waters at 43 degrees, and which, as it is said, cure respiratory problems. Around the spa are luxury hotels and agriturisms. Staying in the Maremma, a must stop is the Saturnia thermal springs, featuring cascading outdoor thermal waters, pools and massages that are said to cure many things as well as reducing stress. All this is available at the Hotel Terme di Saturnine spa and golf resort (00390564600111), located at the foot of the medieval hamlet. Clients immerse themselves in the thermal waters but also in Etruscan necropolises, Roman villas, medieval castles, rural ruins, enchanted landscapes and genuine towns in the Maremma – from Maniciano to Pitigliano, Montermerano to Sorano and Sovana.
Between Siena, Pienza and Montepulciano is Rapolano, a small town located between the Val di Chiana and the Chianti, where the thermal complex of the Antica Querciolaia (0577724091) offers peace and silence, and, since its restoration, modern services. It features a natural thermal network, complete with hot waters and vapours in a green and welcoming park, where you can get a range of treatments and where the main star is water. Finally, we can't forget that Montecatini is called Montecatini Terme for its lifestyle and Liberty architecture which revolves around nine thermal complexes (800132538) that offer every kind of thermal treatment imaginable.

The outdoor grill of Simone Fracassi, the Chianina King

But do not expect the usual steak, the historic butcher here tells us his real secrets from grilling

Easter in Versilia the deliveries you can't miss

From Forte dei Marmi to Viareggio, all the taste of this wonderful land in your home

Dario Cecchini tells us the secrets of his barbecue

An unpublished video-interview where the butcher tells us how to prepare a perfect grill: from cutting the meat to the wood to be used

Encouraging signs for the future of tourism

Domenico Colella, GM of The Westin Excelsior Florence and The St. Regis Florence hotels, tells us about his vision for the recovery of the hospitality sector

The best Easter eggs in Tuscany

The most beautiful representations of the Poet in the city

The best Easter doves in Florence: where to buy them

Here are the handcrafted doves you should never lose

Where to find the best Easter eggs in Florence

Here are all the Florentine chocolatiers you should not miss